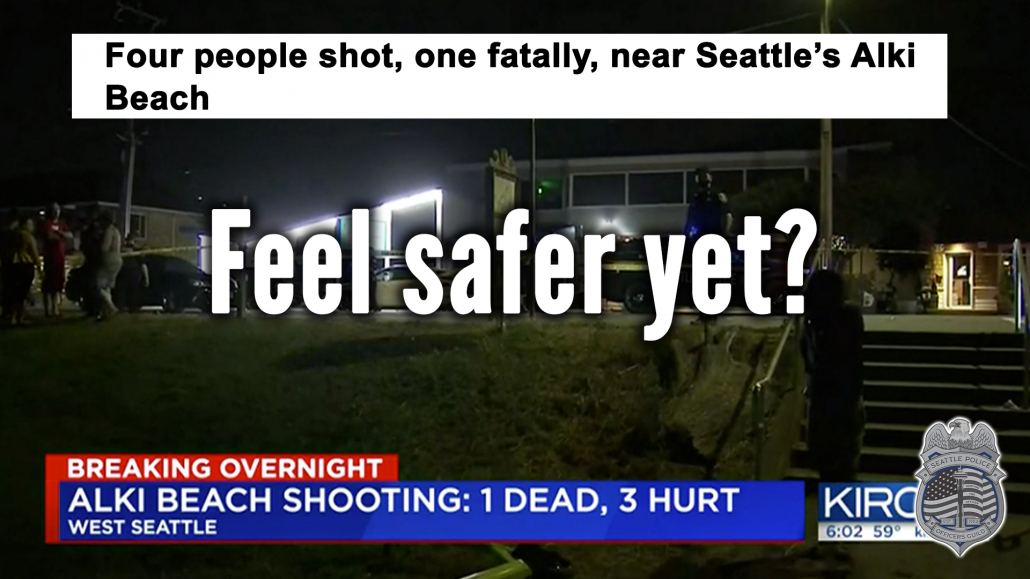 SEATTLE — One man was killed, and three other people were hurt in a shooting near Alki Beach Monday night.

Seattle police arrived just outside Spud Fish & Chips on Alki Avenue Southwest shortly before midnight and found three men and one woman with gunshot wounds. A citizen was performing CPR on a man when officers arrived. Police took over, trying to save the man, but he died at the scene.  Two of the other victims were transported to Harborview Medical Center.

Police said the shooting stemmed from an argument between two groups of people who did not know one another.  “There were two groups in an argument, and from that argument there were multiple shots that were fired,” Seattle Police Chief Adrian Diaz said.

Police are looking for a suspect.  READ MORE: https://www.kiro7.com/news/local/four-people-shot-one-fatally-near-seattles-alki-beach/6BAGJFS775GVJCJD7CULOKFA3M/