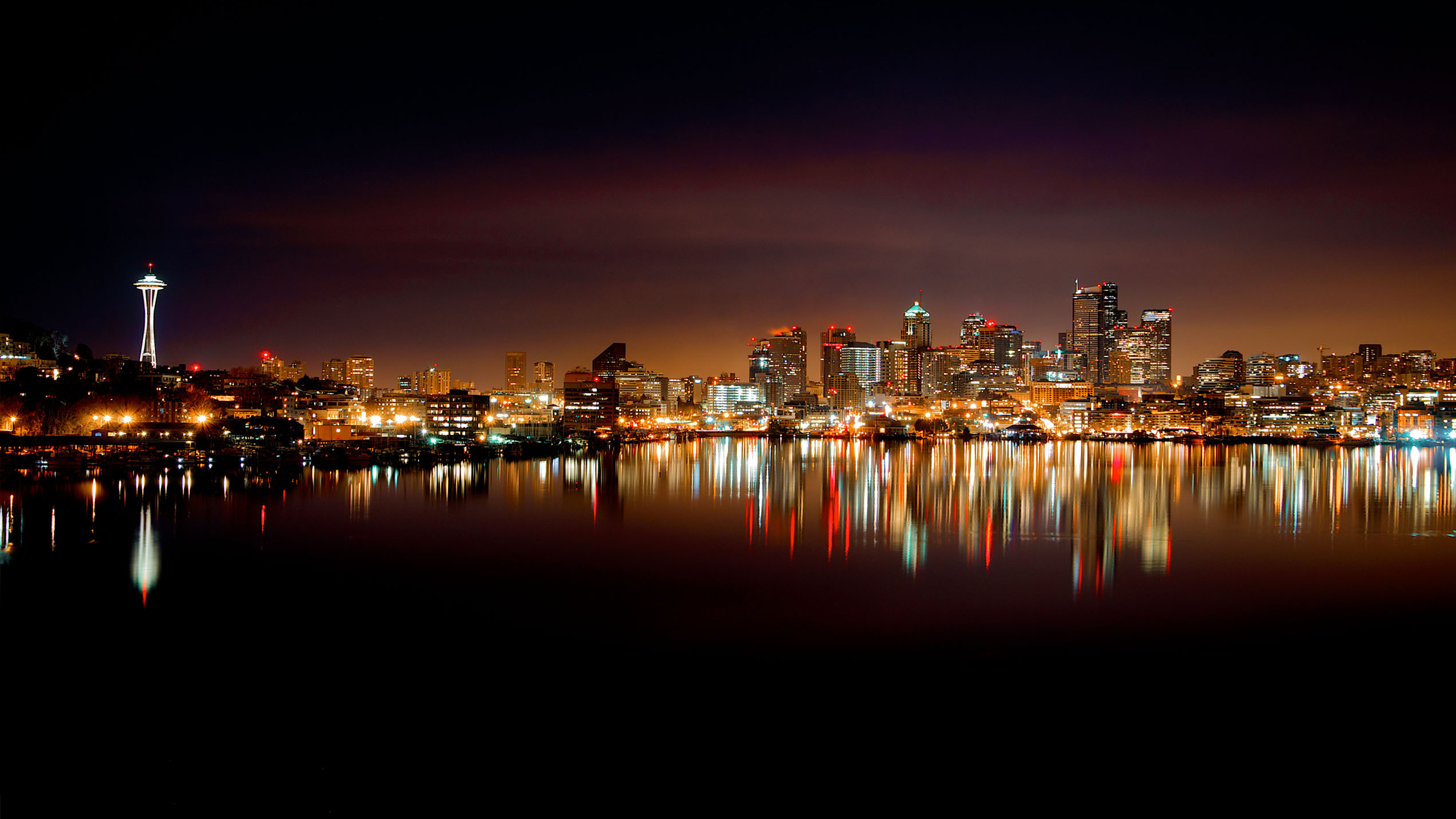 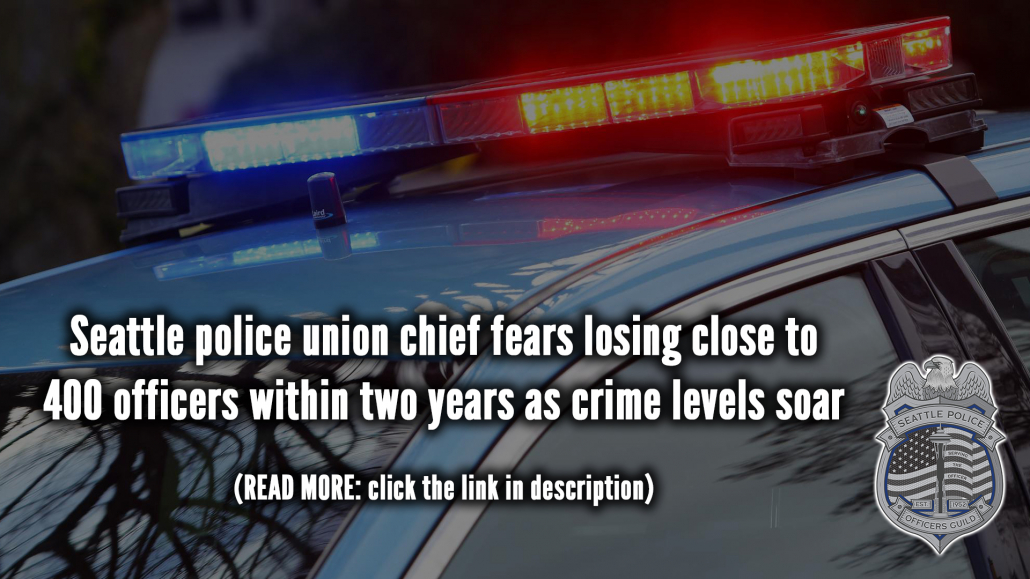 As crime levels in Seattle continue to climb, more police officers are fleeing the force for jobs in police departments outside the city, where politics may play less of a role in shaping law enforcement decisions.

More than 200 officers have left the Seattle Police Department in the past year, leaving staffing levels below what department leaders say are necessary, and the head of the police union fears that number could double by next year.  READ MORE: https://www.washingtonexaminer.com/news/seattle-police-union-chief-losing-400-officers-year-crime-soars 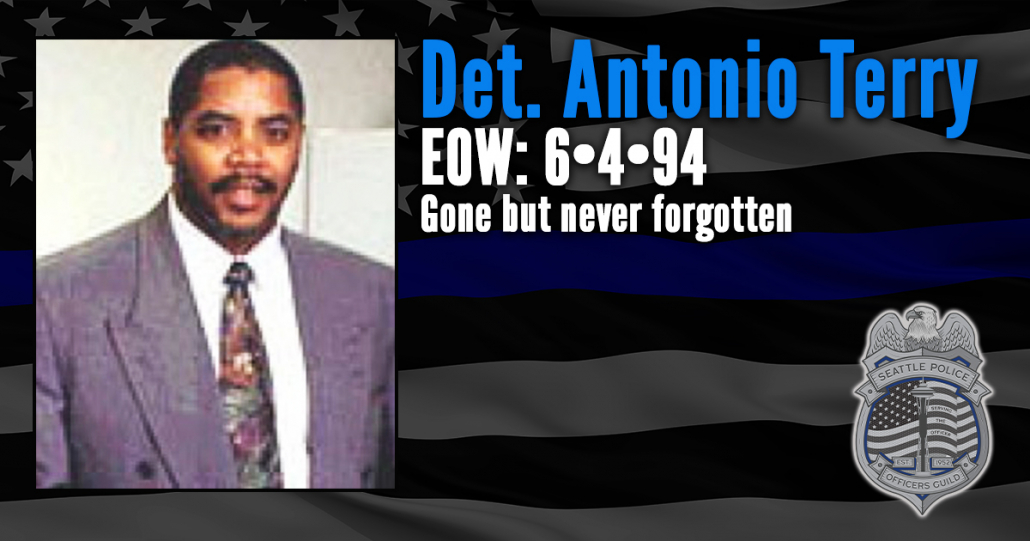 On June 4, 1994, at about 1:30AM, Seattle Police Detective Antonio Terry was shot and killed in the line of duty. Detective Terry was exiting I-5 near Boeing field, at the Swift-Albro exit, when he happened upon an occupied disabled vehicle. Detective Terry stopped his unmarked police car behind the disabled vehicle. One of the suspects recognized him as a police officer and opened fire, wounding him. The suspects fled the scene. Detective Terry managed to drive himself nearly two miles to the South Precinct where fellow officers summoned aid. Detective Antonio Terry was taken to Harborview Hospital where he died at 4:01AM. He was survived by his wife Cheryl, two sons, Austin and Colton, and daughter Vanessa.

In reaction to both of these decisions, SPOG President Mike Solan said the following, “Inspector Judge’s stance advocating that Seattle Police officers no longer conduct traffic stops in our community is absolutely ill advised, reckless, bizarre and non sensical. It is not rooted in facts and contradicts city data. It reeks of activist virtue signaling and perpetuates the false narrative that Seattle Police officers serve our community through a lens of bias. Inspector Judge should know that our courts decide what is an infringement on civil liberties and not a City of Seattle employee. As we all know, one year ago Mayor Durkan and City Council President Gonzalez boasted that SPD was the model reformed police agency. Can you imagine what will happen if police stop enforcing our city and State traffic laws in our community? What the Inspector General is advocating for could result in more crime impacting our community which has already seen an extraordinary increase in crime. Does this now signal people to stop registering their vehicles and completely disregard the rule of law? I’m sure the insurance industry will view her position as derelict and deeply troubling.

Solan added the following on the banishment of Seattle Officers from Pride Week, “Banning Seattle Police officers from Pride Week events is disgusting, bigoted, discriminatory and contradicts our community’s beautiful inclusive LGBTQ message. Our LGBTQ members serve our community with distinction and pride. They value inclusiveness and demand respect not only for proudly being LGBTQ but for serving our community as police officers. Anyone that believes in their banishment has no place in Seattle and does not believe in the inclusive LGBTQ message. To date, close to 300 police officers have left our agency. The Inspector General’s position pertaining to traffic stops and the bigoted decisions banning officers from Pride Week events do not aid in stopping this mass exodus of cops. All we ask as SPOG members is some reasonable messaging of support from our elected officials and people in positions of power/influence. Police are fantastic human beings especially SPOG members.”

The Seattle Police Officers’ Guild is the largest police labor group on the Pacific Northwest. We represent line officers and sergeants.