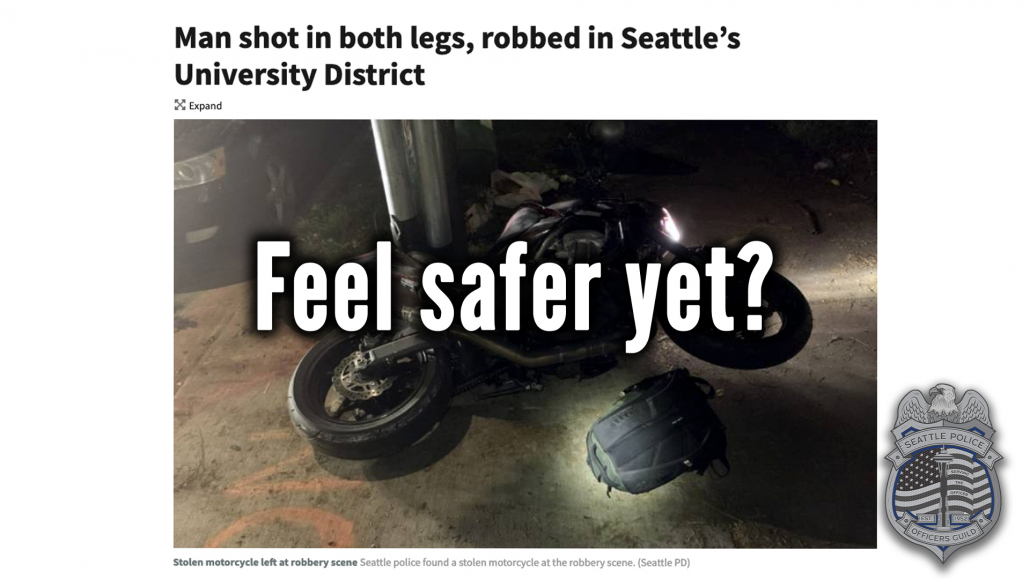 SEATTLE — Detectives are investigating after a man was shot and robbed early Friday morning in the University District.
Emergency dispatchers received a call at 3:41 a.m. reporting some kind of disturbance and the sound of a gunshot in the 4000 block of Eighth Avenue Northeast.
Arriving officers found a man with gunshot wounds in both legs.

Medics took the 36-year-old victim to Harborview Medical Center.
According to the victim, he had pulled up to a friend’s house on a motorcycle when two men on another motorcycle pulled up next to him and demanded his backpack.
They then attacked him, knocked him off his bike, and shot him before stealing his motorcycle and leaving the scene, Seattle police said.
A stolen motorcycle was recovered at the scene.