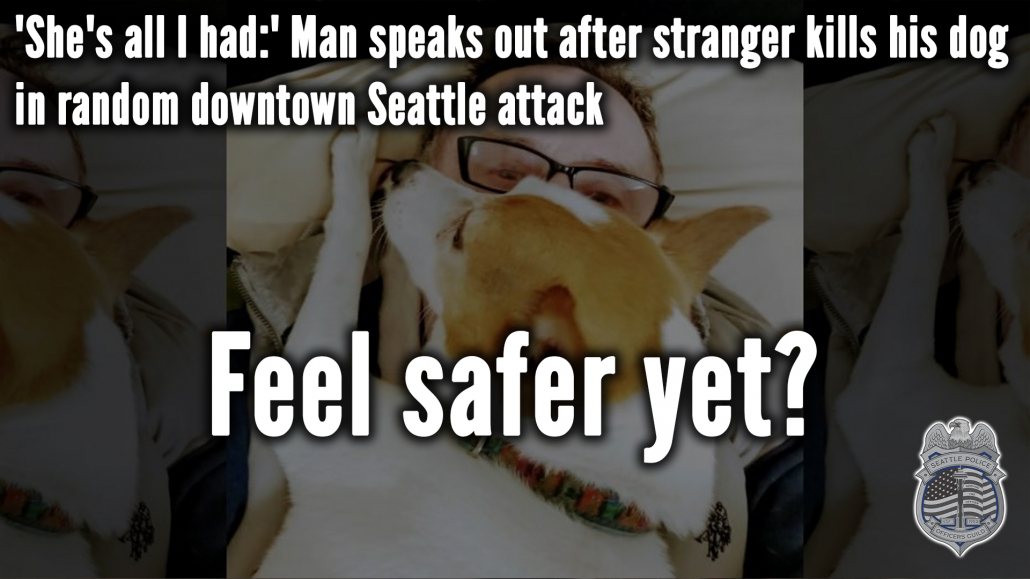 SEATTLE – A 67-year-old man whose beloved dog was killed in a random attack in Seattle’s Pioneer Square neighborhood is speaking out about the experience exclusively to Q13 News.

Police say a man confronted John Hickey as he walked his dog Alice near Courthouse Park on Saturday. The suspect allegedly demanded Hickey’s jacket but backed off when he was threatened with pepper spray by Hickey.

“I heard pounding of feet and I turned around and he was running full speed at us and I didn’t have time to really do anything. I had her on the leash and he came running towards her, knocked me down and he kicked her so hard that she went up in the air and started hemorrhaging,” Hickey explained.

Hickey said as soon as Alice hit the concrete, it was clear she didn’t have much time left. She died in his arms minutes later.  READ MORE: https://www.q13fox.com/news/unacceptable-victim-whose-dog-was-kicked-and-killed-in-seattle-speaks-out-after-suspect-released-from-jail